What started as a small group of activists has become a community of 150 families with over 800 Arab and Jewish members.

Hagar is the only integrated, bilingual educational institution for Jewish and Arab residents in the south of Israel.

Hagar lays the foundation for shared society in Israel. Our work is made possible by the support of our partners. Join us.

From after school programs to shared-society development. Learn more about Hagar.

Hagar was founded in 2006 by Jewish and Arab parents activists living in the Negev who believed that building a community space and bilingual educational system based on the values of tolerance and mutual respect would break down the wall of fear and ignorance that separates the Arab and Jewish people.

We believe our community and schools provide a solution to the sad reality in which Jewish and Arab children attend separate schools and parks, do not know each other and do not know each other's language. A situation where, despite being geographical neighbors, in the Negev and in Israel, Jews and Arabs are living in parallel worlds, without a chance to meet or engage in meaningful dialogue.

Help us transform the lives of Jewish and Arab children and families in the Negev. Hagar relies on the generosity of supporters from around the globe. To help us continue to thrive and expand, please donate.

To make a tax-deductible donation to Hagar online:

Checks can be sent directly to Hagar or via the New Israel Fund. 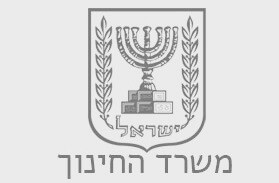